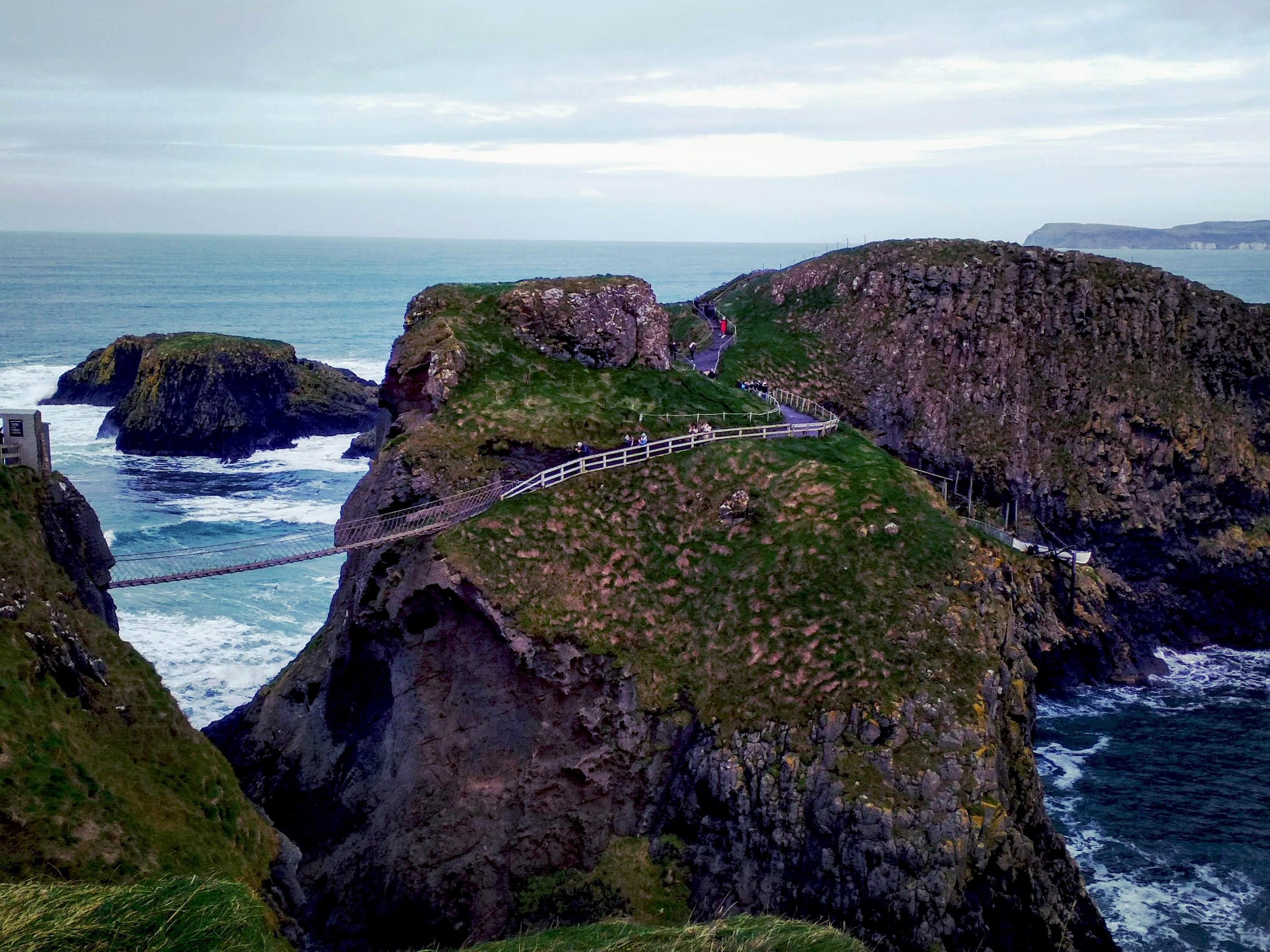 A fire break was created around the fire to prevent it spreading and Firefighters used 5 beaters and a knapsack sprayer to extinguish the fire.

A NIFRS spokesperson said that 'cause of the fire is believed to have been deliberate ignition.'

The Carrick-a-Rede Rope Bridge is a rope bridge near Ballintoy.  The bridge links the mainland to the tiny island of Carrickarede.

It spans 20 metres and is 30 metres above the rocks below.