Police say they have arrested a suspect as part of the ongoing investigation into the murder of Daniel Cassidy in Kilrea in 1992.

The news comes as the police Ombudsman today publishes a report into the RUC's handling of paramilitary attacks by the UDA/UFF between 1989 and 1993 which resulted in 19 murders and multiple attempted murders.

The Ombudsman has identified collusive behaviours and raised significant concerns about police conduct.

All but one of the attacks took place in the north west of Northern Ireland. They included the murders of four people at Castlerock on 25 March 1993, and a gun attack which claimed the lives of eight people at Greysteel on 30 March 1993.

One of the attacks, the murder of Sinn Fein councillor Eddie Fullerton, took place in Co. Donegal in May 1991.

Mrs Marie Anderson reported that her investigation found no evidence that the RUC had any prior knowledge of the attacks.

She stated that an initial failure by the RUC to ensure that it had adequate intelligence about the activities of the North West UDA/UFF led to an inability ‘to effectively counteract the threat posed by them which began to emerge in 1989.’

After investigating police actions in relation to these attacks, Mrs Anderson said her enquiries had identified a number of significant concerns and said she was of the view that the families concerns about collusive behaviours were legitimate and justified. Matters identified included:

However, she also stated that, generally, police investigations into the attacks were ‘prompt and thorough’ resulting in a number of convictions of those responsible for the attacks.

The investigation identified a number of instances where RUC Special Branch had obtained information from informants which ‘impacted upon the effectiveness of the UDA/UFF as a terrorist organisation and may have saved lives.’

During the Police Ombudsman’s investigation, evidential files relating to suspected criminality by two former police officers were sent to the Public Prosecution Service (PPS). One was suspected of passing sensitive information to loyalist paramilitaries, the other of failing to disclose in a file to the then Director of Public Prosecutions that a suspect was also an informant. The PPS directed that neither officer should be prosecuted.

The findings are contained in a 336 page report following a complex and lengthy investigation.

Mrs Anderson said that the RUC had been aware of the growing threat posed by the North West UDA/UFF from early 1989 onwards.

Intelligence indicated that the North West UDA/UFF had acquired military assault rifles linked to the 1987 loyalist weapons importation, one of which was first used in the murder of Mr Gerard Casey in April 1989.

‘My investigation has established that weapons, believed to have been part of this importation, were subsequently used in other North West UDA/UFF attacks between 1989 and 1993, following the murder or Mr Casey.’

The threat posed by the North West UDA/UFF was exacerbated by what Mrs Anderson described as its significant intelligence-gathering activities during this period. The names of hundreds of people from the republican and nationalist communities were discovered in loyalist ‘intelligence caches’ between November 1989 and February 1992.

‘I am of the view that police were aware of the growing threat posed by the North West UDA/UFF from 1989 onwards. This increased threat, however, was not initially accompanied by a policing response proportionate to the increased risk to members of the republican and nationalist communities.’

Mrs Anderson also expressed concern that a number of individuals whose names were discovered in the ‘intelligence caches’ received no warning from police that their lives might be at risk, in contravention of RUC Force Orders. There is also no evidence that police assessed the risks to a number of those individuals.

Of the eleven attacks subject of the investigation, seven involved the targeting of individuals whose names had appeared in the ‘caches’.   The lists included the names of six of the 19 people murdered by the UDA/UFF during this period and that of Patrick McErlain, who survived an attack in August 1992.

Mrs Anderson was unable to conclude that the notification of threat warnings, in itself, would have been sufficient to protect these individuals from subsequent attack. However, she concluded that a threat notification would have allowed them to review their personal safety measures in light of the heightened risk.

However, Mrs Anderson also stated that investigations by the RUC into attacks by the North West UDA/UFF during the period were ‘prompt and thorough.'

‘The majority of intelligence obtained by Special Branch was shared with murder investigation teams in a timely manner.’

‘Arrests were made and, where evidence existed, files submitted to the DPP. A number of individuals were prosecuted and convicted.’

Mrs Anderson added that she had found no evidence that any police officer had committed a criminal offence by protecting an informant from arrest and/or prosecution.

Concerns about the use and management of informants

Mrs Anderson said there were aspects of the RUC’s use and management of informants which had caused her concern.

She said police had continued to use a number of informants when they ought to have been aware that those people had failed to provide information about the activities of the North West UDA/UFF.

Mrs Anderson also referred to informants whom she said were allowed to continue in the role despite RUC Special Branch possessing intelligence that they were involved in serious criminality, including murder.

‘I am of the view that this illustrated a practice on the part of some RUC Special Branch officers to recruit, and continue to use, informants suspected of involvement in serious criminality, including murder, contrary to applicable RUC policy at the time.’

Inadequate response the passing of information to loyalist paramilitaries

Mrs Anderson also expressed concern that police had failed to deal appropriately with members of the security forces suspected of having passed sensitive information to loyalist paramilitaries.

She stated that although her investigation had found that some members suspected of involvement in such activity had been properly investigated, the investigation had also identified instances where members of the RUC and UDR were not subject to criminal investigations despite intelligence linking them to serious offences.

”Instead,” she said, ”they were dismissed or repositioned. I am of the view that the RUC response to these matters was both inconsistent and inadequate.”

Mrs Anderson referred in particular to a failure to properly investigate suspicions that UDR members and RUC officers in the north west had passed information to terrorists or had otherwise assisted their activities.

She stated: ”I am of the view that allegations of RUC officers passing information of use to terrorists was a serious matter that should have been investigated robustly and consistently.”

In response to the police ombudsman report Deputy Chief Constable Mark Hamilton said: “The Police Ombudsman’s Report into this series of murders and attempted murders brings to the fore once again the horror and pain for all communities of Northern Ireland’s past.

“This report by the Police Ombudsman examined the police response into 19 murders and two attempted murders carried out by the ‘Derry/North Antrim Brigade of the UDA/UFF during the period 1989-1993. This series of atrocities culminated in the indiscriminate attack on the Rising Sun Bar in Greysteel on 30 October 1993.

“These were appalling crimes carried out by those with evil intent. We are very aware of the hurt and anger felt by the families of those killed and those injured and we apologise to the families for the findings in this report.

“The peace process has changed the context for policing. The Police Service of Northern Ireland now have greatly improved policies and procedures which guide our response to potential threats and how we approach criminal investigations and the management of intelligence.  These policies and procedures are firmly embedded in principles of the Human Rights Acts 1998.  We welcome the fact that the Ombudsman has recognised these positive developments in her report.

“The Police Service of Northern Ireland remains firmly committed to bringing those responsible for these murders to justice. We appeal to the community for information that will assist our Legacy Investigation Branch detectives in their investigations.

The Police Ombudsman’s investigation examined police actions in relation to a total of 19 murders and multiple attempted murders. These were:

A PDF copy of the Police Ombudsman's full public statement can be read by clicking here.

Portrush Vigil to be held for Ashling Murphy 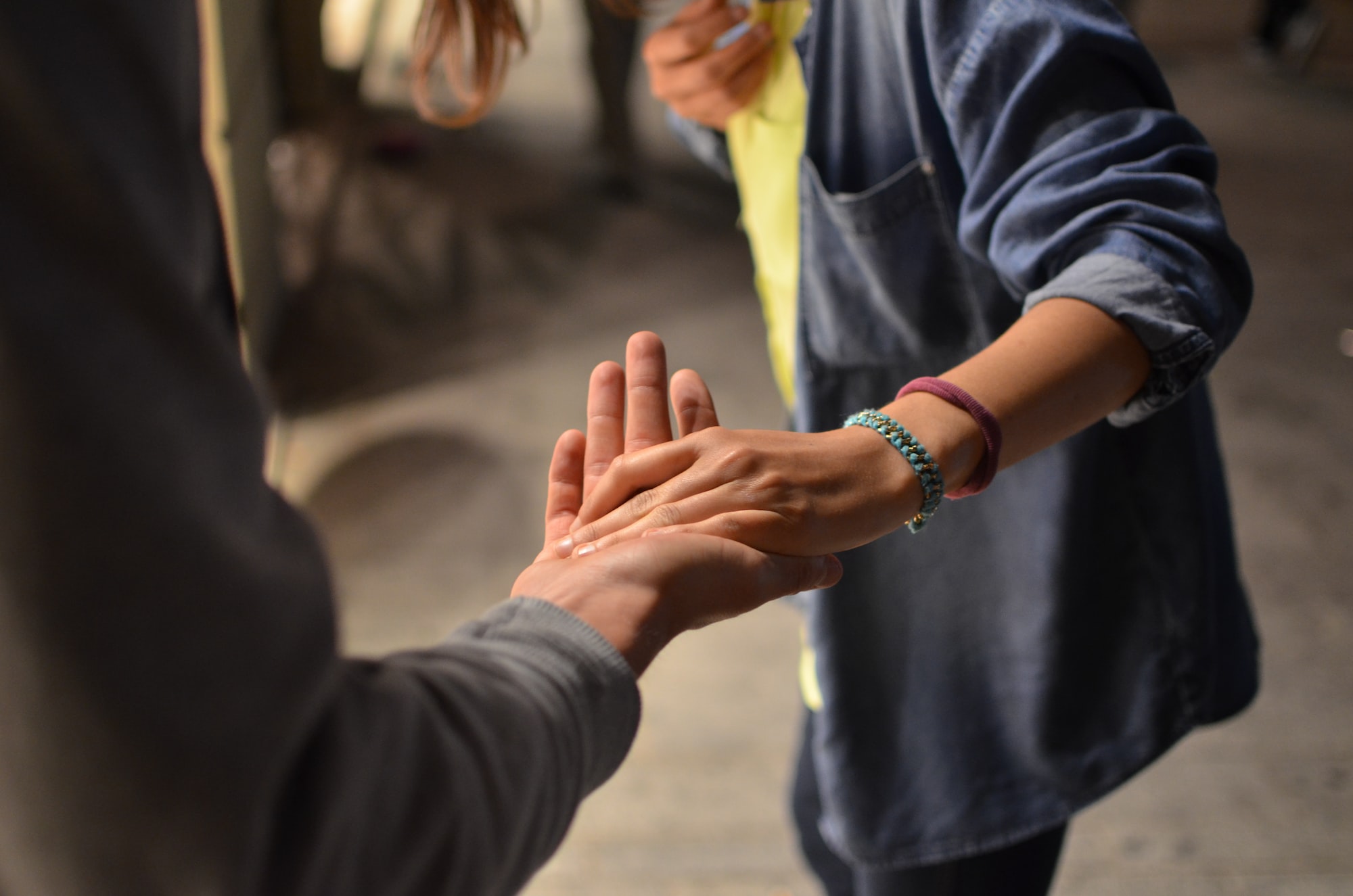